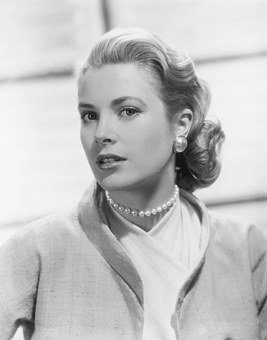 “It would be wonderful if this Symphonic Suite, celebrating the life of Princess Grace, was to introduce a new generation to this extraordinary woman who meant so much to the people of Ireland.”

On Tuesday 17th March, as part of the Saint-Patrick’s Day 2020 celebrations in Monaco, Frankie Gavin and Carl Hession will perform the World Premiere of the Princess Grace Symphonic Suite with the Monte Carlo Philharmonic Orchestra conducted by David Brophy.

Widely acknowledged as one of Ireland greatest fiddle players, Frankie Gavin has been at the forefront of Irish Trad music since he founded the iconic group De Dannan in the mid-1970s.  Renowned for his innovative choice of material and arrangements and his unique playing style, Frankie is no stranger to crossing musical genres.  He has performed with Stéphane Grappelli, Yehudi Menuhin, James Galway, Elvis Costello and The Rolling Stones – but the composition of a Symphonic Suite will be a new adventure; and one he’s looking forward to immensely.

Tell us how a Trad Maestro goes about composing a classical music suite ?

“My musical collaborator Carl Hession is a notable composer, arranger and pianist, and he’s from a classical music background, so together we’ve crafted this collection of musical pieces into a suite of work with a distinctly Irish flavour.  I’ve already performed with the Dublin Philharmonic Orchestra, I toured with them in 2009 in the USA and China, and I also performed with the Royal Liverpool Philharmonic in 2016.  But this is my own composition so it’s more personal more responsible and closer to the bone.

How did the idea for the Princess Grace Symphonic Suite come about?

“In a simple and charming way!  I’ve known H.S.H. Prince Albert since we first met in 2010 in Monaco when I performed at a ceremony to present Mary Robinson with the Ireland Fund Humanitarian Award.  He’s a fabulous man; generous, kind and great fun, and he loves Ireland and is a huge fan of the Irish fiddle and of my playing – Thank God!  He invited me back to Monaco in 2012 to perform with De Dannan on Saint-Patrick’s Day in the Palais and we talked about my writing a piece of music to celebrate the life of his mother Princess Grace and that discussion is coming to fruition next month.

How would you describe this musical work?

“This symphonic suite is a continuous work, lasting 38 minutes and covering the whole gambit of human emotions; wonderful up-tempo jigs and reels and hornpipes, evocative slow airs intertwined with sad melodies – the whole spectrum.  And of course, it ends on a happy theme because the piece is a celebration of the life of this extraordinary woman, Grace Kelly from Philadelphia, daughter of Irish emigrants from Co. Mayo who became an Oscar-winning actress and then had a fairytale marriage in 1956 to Prince Rainier 111 of Monaco.  It was such a huge event in Ireland – I remember my mother talking about it and what it meant to her and the Women of Ireland

How has it all come together with rehearsals etc?

“It’s been fabulous working with the Monte Carlo Philharmonic which comprises up to 90 musicians, and we’ve done pre- rehearsals with about 65 in the orchestra.  Being from a traditional music background, it’s like musical heaven sitting in the middle of the beautiful strings,and wood and wind sections; the music just envelops you.  It’s particularly emotional hearing my own compositions being performed by this world famous orchestra; it’s extraordinary and overwhelming in the nicest possible way.”

What are your French musical connections?

“In the 1990s I performed and toured with the legendary French jazz violinist Stéphane Grappelli and we recorded the album ‘Jigs and Jazz’.  Stéphane was an amazing musician, a genius.  We toured in Denmark, Ireland and Scotland and we became very close.  He taught me a lot about music and about life; the hard life he’d had living in a workhouse in Paris until he was 15.  He had such stature and a generous nature, he was playing right up until he died just short of 90; wheelchair bound, he could hardly speak but Boy could he still play.”
Plans are already afoot to tour the Princess Grace Symphonic Suite in the USA – in particular, a performance in her home state of Philadelphia would be a poignant sort of homecoming.  “It’s got all the magical elements; a royal connection, the fairytale wedding, the Irish-American connection.”  There are also talks to perform the piece at the NCH in Dublin and perhaps as part of the Galway Year of Culture 2020 celebrations.
“Many young Irish people won’t know too much about Princess Grace so I hope, through this music and concert, her memory will live on and that she won’t be forgotten.”
The World Premiere of the Princess Grace Symphonic Suite promises to be a truly auspicious  occasion; the regal coming together of H.S.H. Prince Albert and Irish Music Royalty, Frankie Gavin and De Dannan.